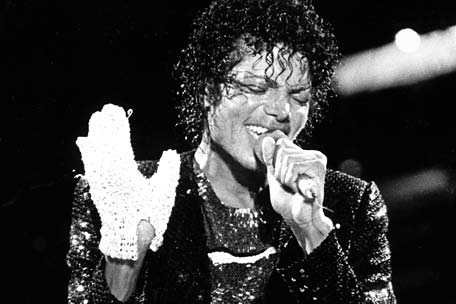 Michael Jackson is and will always be my favorite artist of all-time. I remember watching “The Making of Thriller” over and over again and recording every single one of his performances throughout my childhood. From the glove to the moves to the voice – he was everything to me. My parents caught on quickly and decided to enroll me in dance lessons at the age of 5. By age 15, I competed on a national level with the “California Dance Academy.” If I wasn’t in school, I was in the dance studio perfecting every move. Our team won multiple awards and dance competitions throughout the years, but our most awarded choreographed routine was to Michael Jackson’s “Thriller.” We recreated his moves from the video and put our own unique spin on the choreography.

All of this hard work and dedication as a competitive dancer for eight years resulted in landing a dance agent at the Bobbi Ball Talent agency. I signed with them at age 16 and began my life in Hollywood. I began the audition grind, heading back and forth from OC to LA. This is where I began working on music videos and live stages. And then, everything came to a screeching halt.

I was in a car accident at the age of 19, causing major back injuries that ended my dance career. I was extremely devastated when the doctors said I could never dance at that level again. I decided to continue to pursue a career in entertainment, and was interested in learning more about the PR industry. I went on to college and graduated with a Bachelor’s Degree in Communications, with an emphasis on Entertainment Public Relations. Just after graduation, I interned for FOX’s Publicity Department. This is where I was first exposed to the inner workings of the red carpet, receiving hands-on experience with talent, publicists and media. I was assigned to walk Kobe Bryant and Justin Timberlake down the media line at the Teen Choice Awards and vividly recall watching Maria Menounos interviewing them on the platform for Access Hollywood. While I never really thought about a career as an entertainment reporter at that time, but that moment sparked my interest. As I was walking each celebrities to her stage, I studied the process of how it worked. After seeing her in action, I had an overwhelming gut instinct. I wanted to learn more about this role in the industry and tried to visualize myself doing it one day. I rushed home that night and told my family with conviction that I had figured it out. That was it – I knew what I wanted to do.

The moral of the story is this. MJ sparked my passion for performing and music, and it ultimately lead to my career as a TV Host and Correspondent. This is also a big reason why I’m a huge fan of Justin Timberlake and Usher.  Their voices, stage presence and intricate dance moves remind me most of Michael’s.  Watching these videos below bring me back to the joy I always felt watching MJ perform. He is forever be the King of Pop and will always hold a special place in my heart.