Why I Adore Taylor Swift 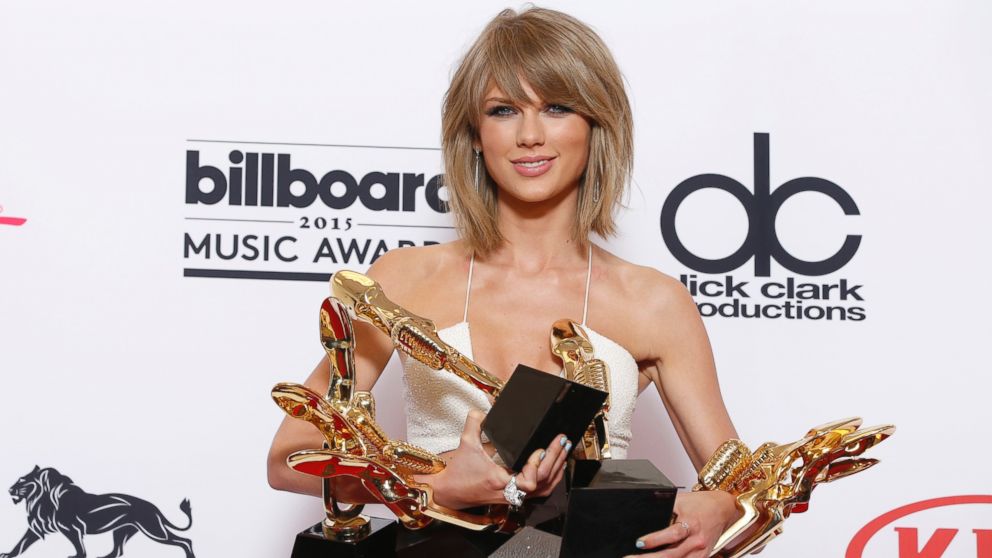 Taylor Swift wins at life…again and again…and again.  She made a historic night out of the Billboard Music Awards with the world premiere of her ‘Bad Blood’ music video, and showed the world that you can truly have it all — massive success, a crew of the coolest woe’s, and Calvin Harris by her side. But most importantly, the mega-pop star made a statement by proving she’s unstoppable, as Taylor became the most decorated artist in the show’s history with a MUCH DESERVED 20 wins, beating Garth Brooks’ 19-win record. I am always captivated by how she manages to continue to top herself every damn time!

First off all, can we talk about this ‘Bad Blood’ video?  This video SCREAMS girl power, and obviously only Taylor could pull off the most epic, mini-movie music video of our time.  See it below, ICYMI:

Now I want to explain why I absolutely ADORE Taylor Swift.  She is always humble and classy. She looks you in the eye. She remembers you and is gracious on and off-camera. She has great style. She’s confident. And she is an undeniable talent – one that will go down in the history books.

Taylor Swift has always been one of my favorites to interview, and I feel lucky to have seen her rise from the jump. We talked about it when I co-hosted The Billboard Music Awards Backstage Live Stream with Bill Werde a couple years ago.

Below is our interview at the BBMAs, followed by some of the first of many chats we’ve had over the years. Taylor has come so far, yet she always manages to keep two feet on the ground – it’s truly mindblowing. I’m always inspired, forever proud.

NEXT UP – Taking it back to the early stages of my career. This was the moment I realized she was the real deal at the BMI Pop Awards in 2009:

LASTLY – This was when I first met Taylor. Our interview took place at the Grammys Nomination Ceremony in 2008, right after Taylor found out she was nominated for her very first Grammy Award. This was the one I was telling her about at the Billboard Music Awards.

Written from the heart,
Michelle Marie