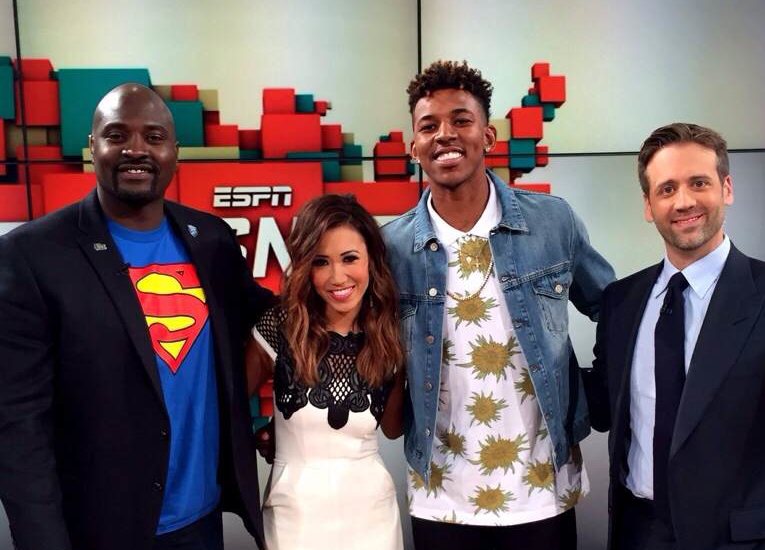 Michelle was back at the SportsNation desk this week to fill-in for Michelle Beadle on Monday and Thursday! Coach Dave Miller of Time Warner Cable Sports filled in for Max & Marcellus and joined Michelle on 6/8 to co-host – they had special guest, UFC Champ, Cain Velasquex on the show.  On 6/11, She reunited with the guys and Nick ‘Swaggy P’ Young of the LA Lakers.  #SwaggyNation was on fire, as Max did his freestyle for us. Below are highlights from the past few months of Michelle co-hosting SN!

Below are a few photos, followed by the ‘Iggy or Kobe’ segment that got some viral love!