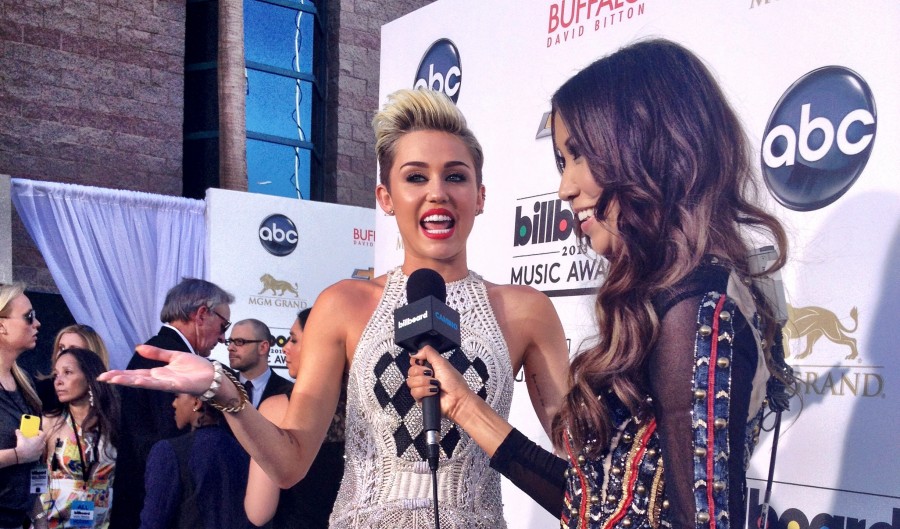 Miley Cyrus is back with all new music! Today she released “We Can’t Stop”, the first single off her forthcoming RCA Records debut album. Take a listen here:

Just a few weeks ago, Miley spoke to me Live On The Red Carpet at The Billboard Music Awards, where she first announced the title of her new single and release date. Check it out:

Miley has been in the studio working on her new album, which is due out later this year. Collaborating with renowned producers and songwriters such as Mike Will, Pharrell, Future, Dr. Luke and will.i.am, this album marks a creative evolution for Miley.

What do you guys think of her new song? Send me your thoughts in the comment section below!