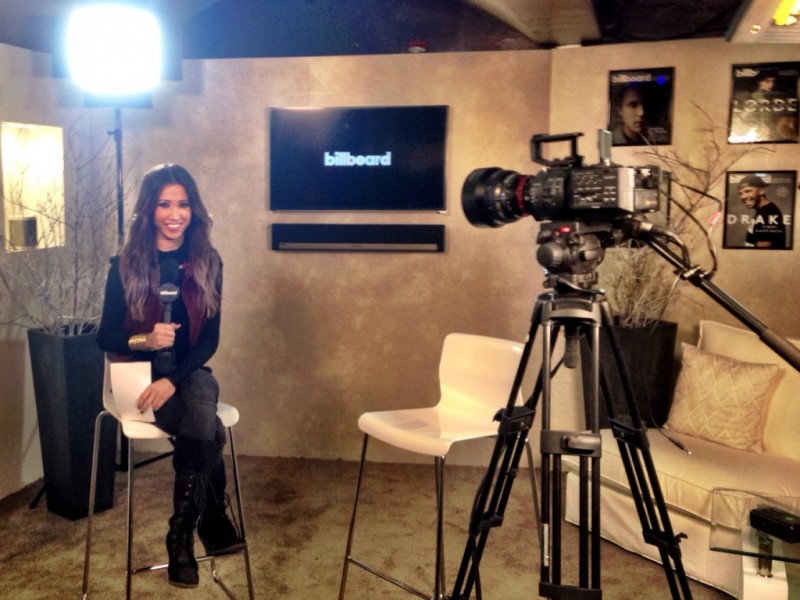 Michelle was the host of Billboard’s coverage at the Sundance Film Festival. Billboard and Sonos teamed up to create an interview lounge and evening concert series “Park City Live” – in the heart of Main Street. Throughout the week, Michelle interviewed musicians and actors in the lounge and even got her first snowboarding lesson with Lil’ Jon! Here are some of her interviews and photos below:

Behind the scenes action with Billboard Host, Michelle Marie