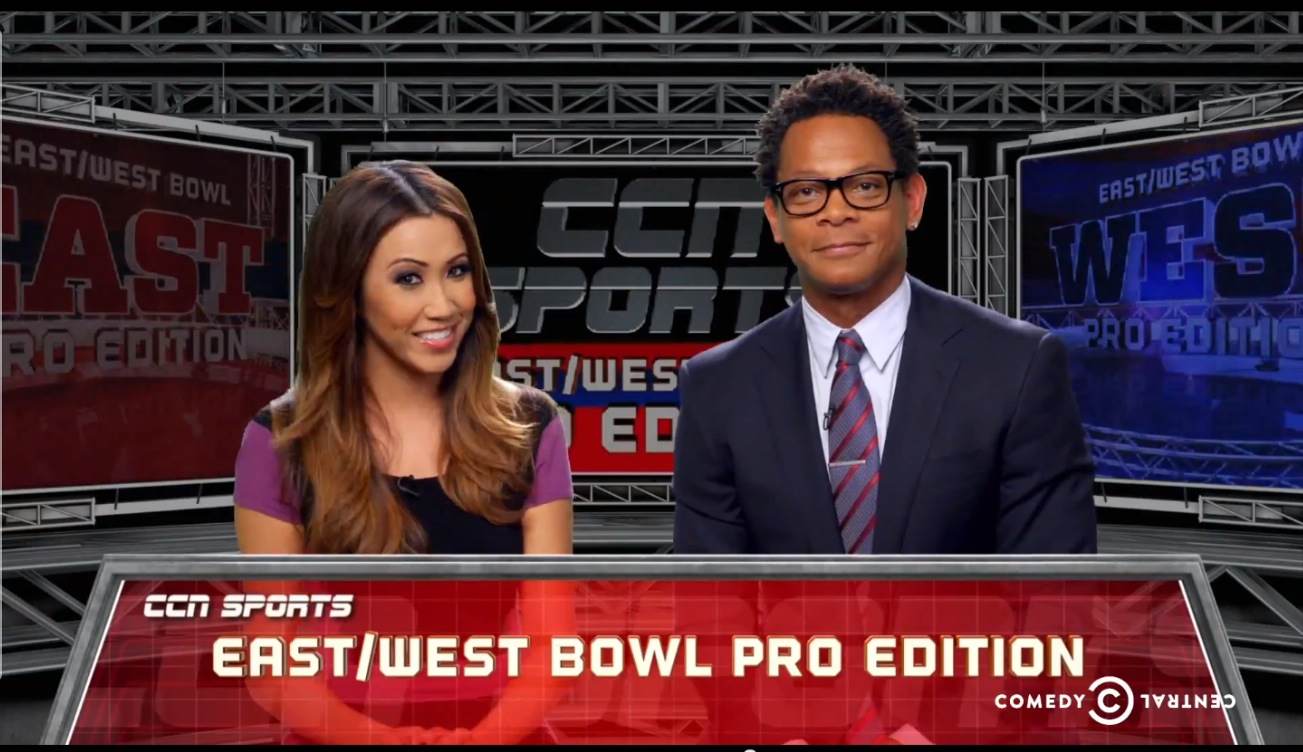 Michelle is the co-anchor of the third installment of Key and Peele’s infamous East/West Bowl Comedy Sketch! She was asked to play NFL Sports Broadcaster alongside NFL Network’s Eric Davis on Key and Peele’s Super Bowl Special – airing on Comedy Central Friday, Jan 30th at 10/9c. The sketch has already became a viral sensation, as it was released online just 3 days before the TV release and already hit 5 million views! Catch the hilarious sketch and behind the scenes photos below: