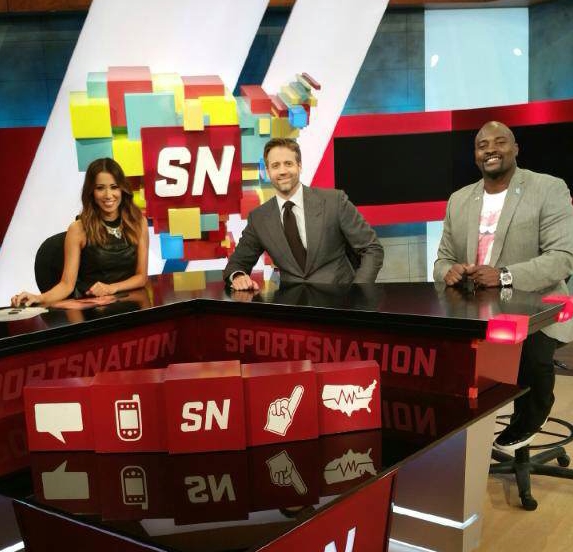 In April 2015, Michelle was asked to guest host ESPN’s “SportsNation.” The show perfectly embodies her love for sports, music and pop culture and she was thrilled to appear on the show! As a fill-in host for Michelle Beadle, she shared the desk alongside Max Kellerman and Marcellus Wiley and also co-hosted an episode with ESPN’s Ramona Shelburne and J.A. Adande.  The show tapes in front of a live audience and discusses sports with a pop-culture twist – involving games, social media chatter and celebrity guests.  Below are a few behind the scenes photos from Michelle’s four appearances on the show this month: